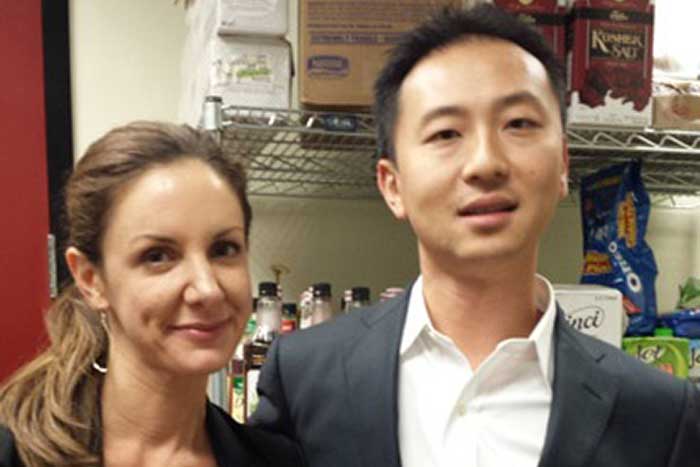 The taste of success is sweet – literally for Vincent Auyeung. Since opening his Cinnabon branch a little over a year ago in Raleigh, others’ love for dessert has been fueling a growing business. In fact, it’s growing so quickly that he’s set to expand with a fast and furious business plan. Two more locations are slated to open by the end of the year. Then, it’s on to the rest of North Carolina and beyond, specifically, Atlanta.

When all’s said and done, Auyeung said he plans to open more than 100 Cinnabon locations across the country. It’s simply a matter of biding his time, and finding the right locations. Such as placing at least three branches in each state for better travel and time management for all involved. And though he claims he’s starting slow, he put a timeline of five years on the project.

“I don’t see any other competition,” he said. “Cinnabon is one of a kind. You just can’t find anything close to it. It’s a niche.”

He first looked into pretzels, but ultimately said there wasn’t enough room for growth. The cinnamon roll industry, however, had yet to be tapped. Selling what he calls a “dominant product,” Auyeung’s Cinnabon has been going strong ever since. But it’s not a collaboration he went into lightly. He visited other Cinnabon locations to see how they worked, saw how busy they were, looked at profit margins, and more. While also gaining reputation support from the brand, who he said has helped him through the entire process, rather than signing a contract and sending him on his way.

Eventually, the brand got his nod of approval, and vice versa.

“Research is the most important part,” Auyeung said.

Another reason for just fast growth, he said, comes from choosing mall-only locations. According to Auyeung, he’d never set up shop anywhere else. Malls bring in foot traffic and reduce the need for advertising, he said. As well as providing parking, hungry shoppers (or their hungry guests), and more.

“You can expand easier in the mall. If it’s a big mall and you have a good product, people will come to your store.”

It’s a tactic he chose to expand after 15 successful years in the mall food court industry. Auyeung opened his first restaurant, Sakura Express, back in 1999. The concept took off, allowing him to start a similar chain, Sino Wok. With their dual popularity rates, he’s since followed up with locations all across the country. Auyeung said overall, the sushi and Japanese grill-style restaurants have approximately 100 locations.

But that’s not where Auyeung’s reach ends. After folks have had their salmon rolls or bento box dinners, they can follow with frozen yogurt at his Yofairy frozen yogurt establishments. Currently with two locations in place, one in Raleigh and one in Fayetteville, the “healthier frozen yogurt” chain will soon offer Cinnabon favorites within their stores.

However, aside from his original ventures, Auyeung knew the market could handle more. He began researching different companies – each of which would be well represented in the mall – and was impressed with the model Cinnabon had to offer. He messaged one of the company’s representatives and after a “very quick response,” the pair hit the ground running.

“Without her I wouldn’t be doing this,” he said.

Now with years in the business, Auyeung said there’s no trick to succeeding with a restaurant. It’s simply about knowing one’s market and working hard.

“You have to put a lot of time into it,” he said. Adding that, many people don’t understand just what goes into running a restaurant. “They think it runs itself, but there really is a lot of hard work.”

Another important tip he offers to potential franchisees: being aware of funding. He said too many times people will put all their money into a venture and become trapped when extra expenses come up. But by planning ahead and having more than enough, the restaurant opening process will go much smoother. That working capital, he said, can be the difference between a restaurant that makes it, and one that struggles to find its footing.

“You’ve got to be ready,” he said. “Have more than enough, not just enough – there are no short cuts.”